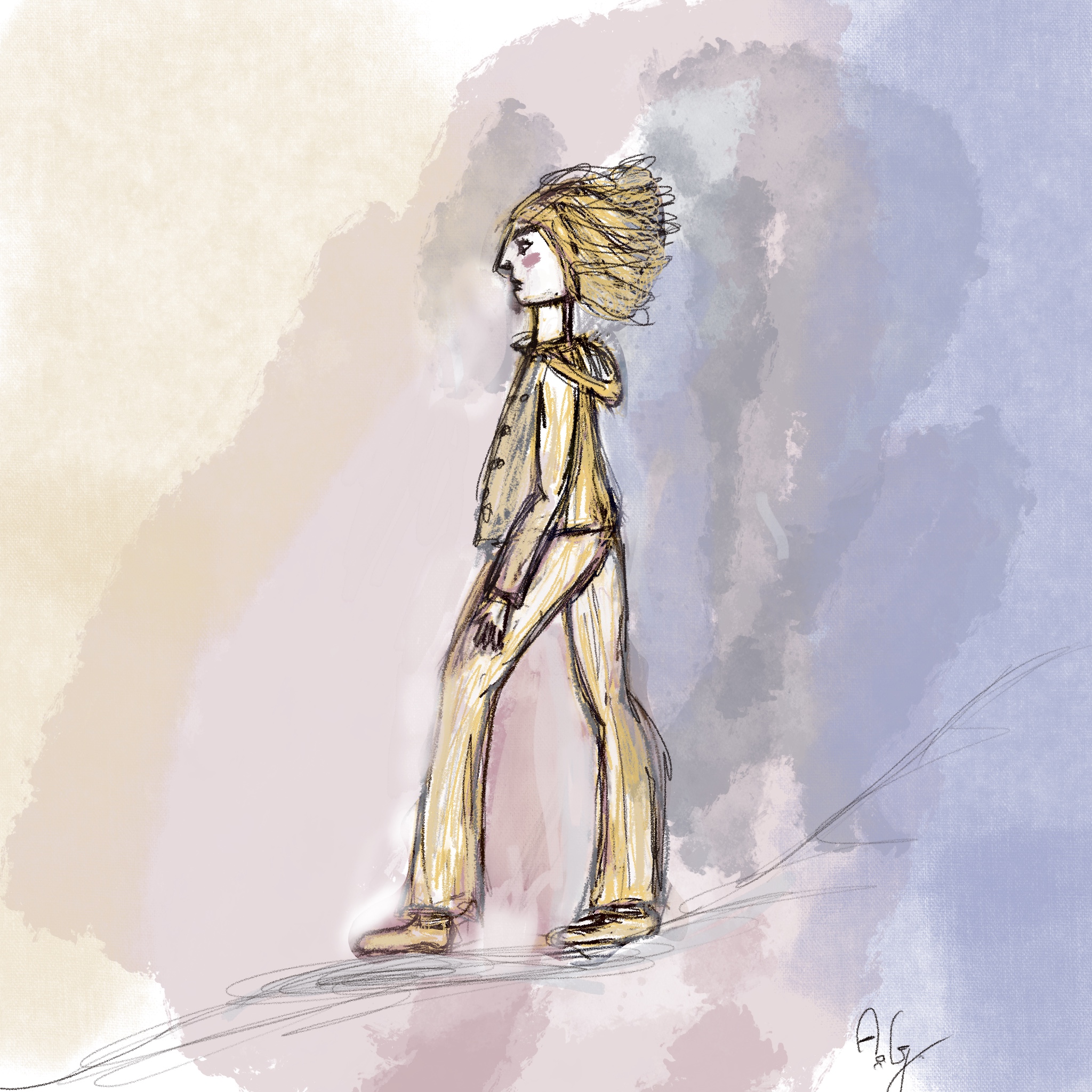 The Man was looking into the distance.

It was a time of waiting. He had no idea what he was waiting for, but he felt ready. Ready for the unavoidable to happen, ready to turn the tables in a particular way, ready for the change that he had postponed for such a long time.

His legs moved by themselves and followed an intuitive path.

Then he shut his eyes and took a deep breath. Would it be possible to walk without seeing? He always wondered that, so that he decided to give it a try.

He heard his hair waving in the wind, he heard the dust covering the road ahead, he heard the flowers blooming and opening their petals and he heard even the magic song of the Earth.