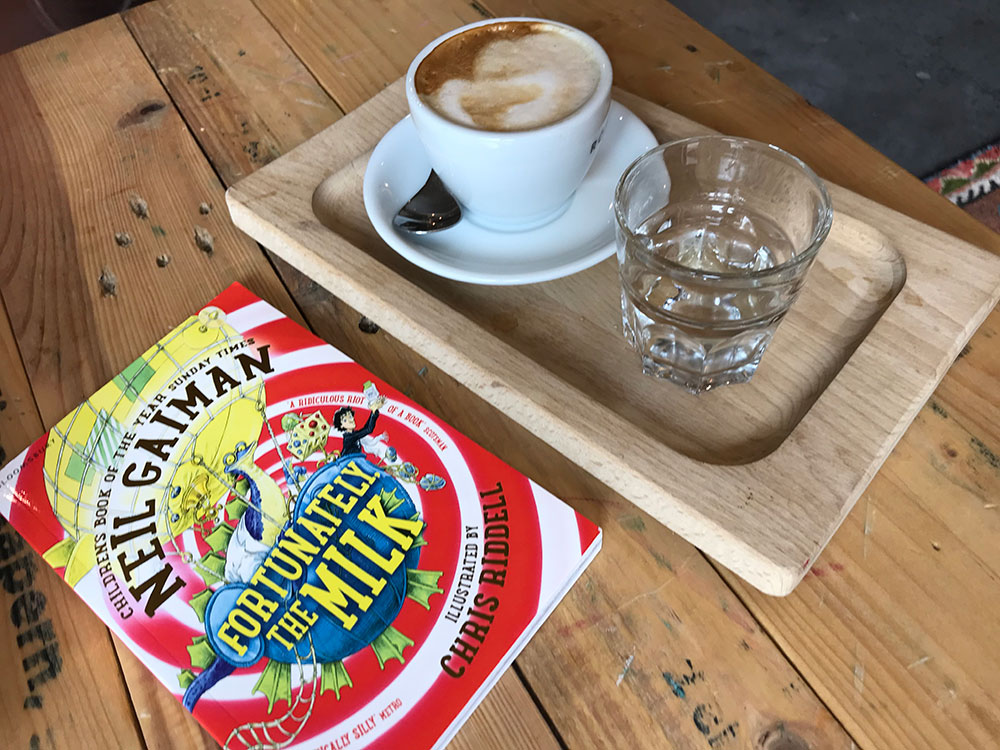 One morning, a boy discovers that his home fridge is almost empty. There is nothing left but so-me orange juice and not a single drop of milk for him and his sister to eat their cereals with.
So Dad, like a responsible grownup, decides to go to the shop on the corner to get some milk. But much to the children’s surprise, even though the shop is very close to their home, Dad gets back really, really late, bringing the milk, along with a pretty amazing story to tell.

A story of how an ordinary visit to the shop on the corner turns out to be an adventurous encoun-ter with a bunch of aliens who plan to redecorate the Earth, a pretty crossed pirate crew lead by an even more crossed Queen, dinosaurs and wumpires (this is actually an invented word, not misspelt), which are some sort of vampires. All of them are doing everything in their powers to stop the father from bringing home the Milk Box. All, except for the brilliant professor Steg and his time travelling hot-air ballon, who does everything in his power to help him.

The rest is history, so to speak. This book is funny, has strong-built characters, smart humour, great illustrations. In a nut-shell, it has what it takes to make you laugh and it will most certainly make ask your self questions about all sorts of stuff.

Neil Gaiman is an awarded author of short fiction, novels, graphic novels, comic books, born in UK. Some of the books that he wrote are Sandman, American Gods, Coraline, Stardust, The Graveyard book.

Chris Riddell is a British illustrator, writer of children’s books and political cartoonist for the Observer.